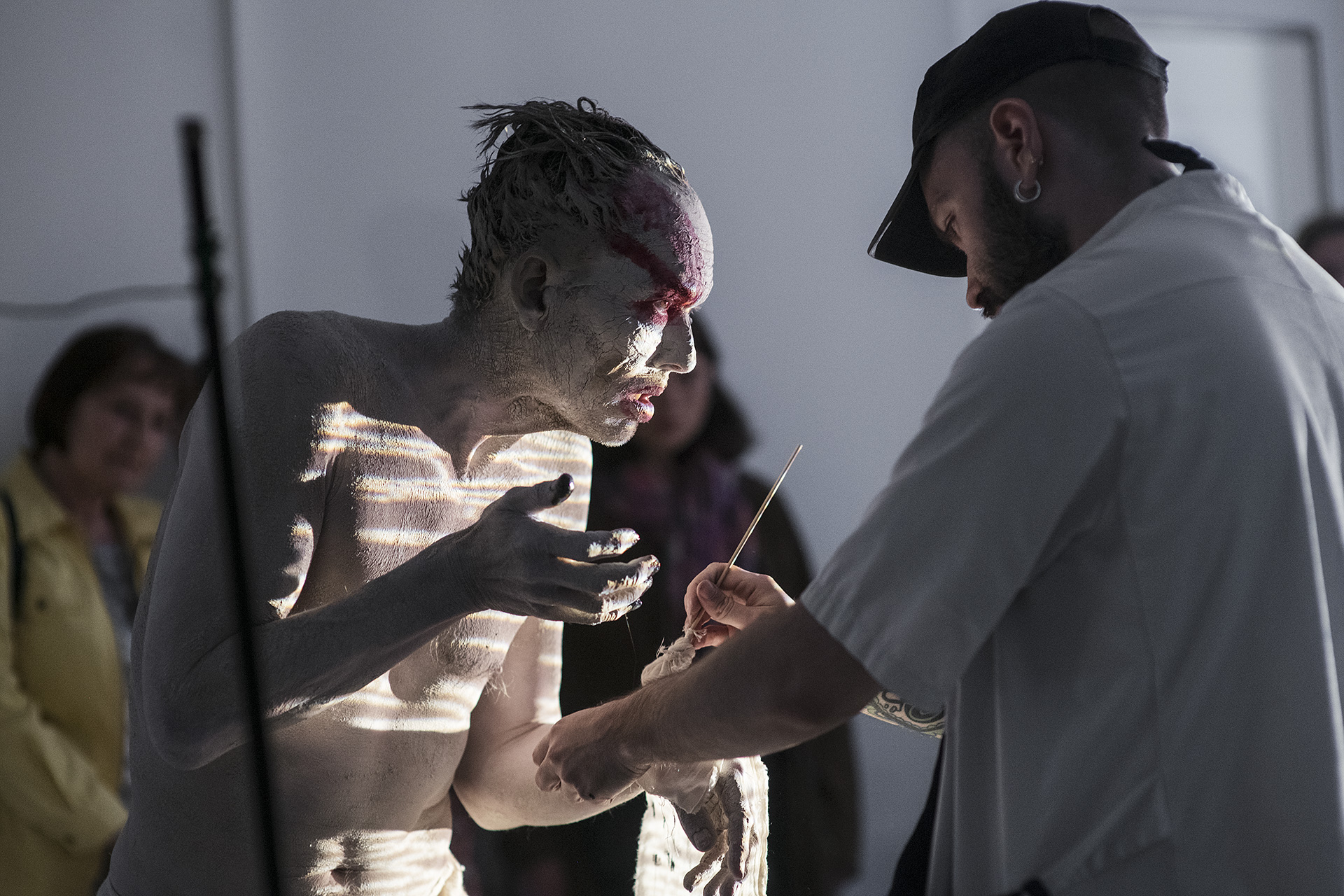 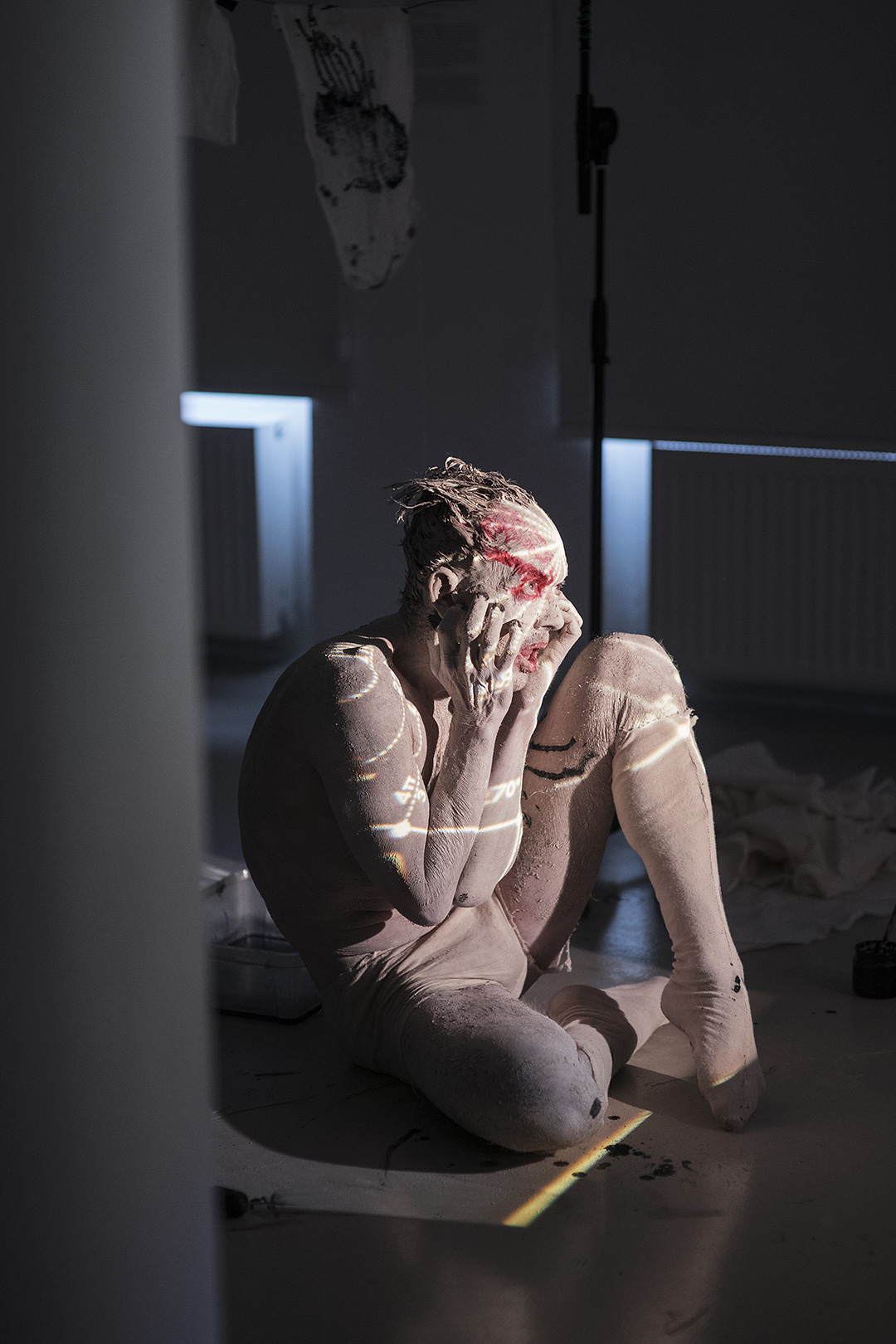 Skin Amnesia is a performance piece about memories, sensations and acknowledgments of the body’s presence in unfamilar environments. It is a work in progress in different formats and locations investigating and mapping the trauma of leaving your own skin – to become something new. Does the skin have any memory ? What happens to the skin when it is left behind ?
Since 2007 Jørgen Callesen and Carlo Størup have been producing collaborative installations, sound pieces and performances in music festivals, art galleries and at queer events.
Miss Fish has done several art actions, performances, lectures and installations to question, challenge and develop norms and aesthetics regarding gender and identity. The pieces have been presented in different formats and venues ranging from art academies, galleries, theater festivals, TV interviews, electro concerts, DJ sets, public interventions etc. Carlo Størup is a performer, painter and a composer. Carla – also known as Prafix Aztech works with advanced mathematical algorithms and filtering techniques to create complex compositions and soundscapes.

Jørgen Callesen has worked with digital media and performance art for more than 20 years. As a practicing artist he has created performances, lectures and installations which often include digital, interactive and generative media. HIs work often has a queer perspective which question norms and aesthetics regarding gender and identity and the representation of the body. The pieces have been presented in different formats and venues ranging from art academies, galleries, theater festivals, TV interviews and site specific events all over Europe.
In both solo works and collaborative productions he is a strong physical performance artist developing engaging characters. He has studied puppetry at The Ernst Busch Academy of Dramatic Art, Berlin, Germany and image work with Kitt Johnson, Open Training, Copenhagen, DK. He lives in Copenhagen where he works as the artistic director of the live art venue Warehouse9 established in 2007.

Carlo Størup is educated in sound composition and works as an electronic composer with a wide range of mathematical approaches. He studied composition at Denmark’s National Center of Electronic Music (DIEM), The Royal Academy of Music in Aarhus, Denmark in 2007 and has since worked as an independent artist. His sound composition is an experimental examination of structures and concepts from discourses in natural science and philosophy, with references to the tradition of romantic classical music. He has produced and published music since 2004 and created work with Miss Fish since 2007 for electronic music festivals, performances and art installations (Nordberg Festival 2008, Sweden, Transit Station 2010, The Royal Academy of Fine Art, Copenhagen and Forfatterskabet, Gyldendal, Roskilde Festival 2013, The Mad House, Helsinki, 2016). Carlo Størup has produced and performed a wide range of interdisciplinary pieces as a performance artist, costume maker and visual artist. His practice involves sound, performance, installation, and live painting and includes themes such as, the unknown, the human condition, memory and forgetfulness.